When Simple Truth asked us to try out some of their goodies with some crrraazy coupon deals, I really considered making a salad. Really I thought it through down to the dressing….but not for long. I found myself in the frozen food aisle, staring at the cutest little containers of organic ice cream, and I knew I needed to change plans. 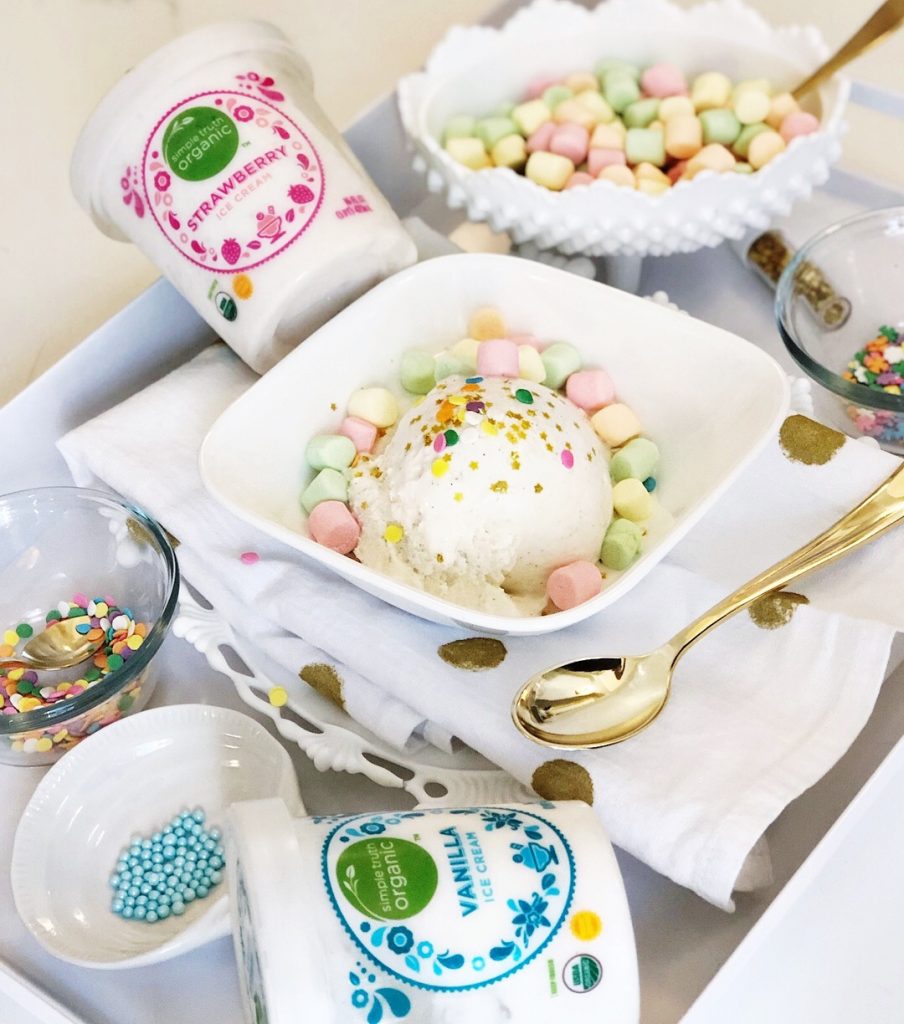 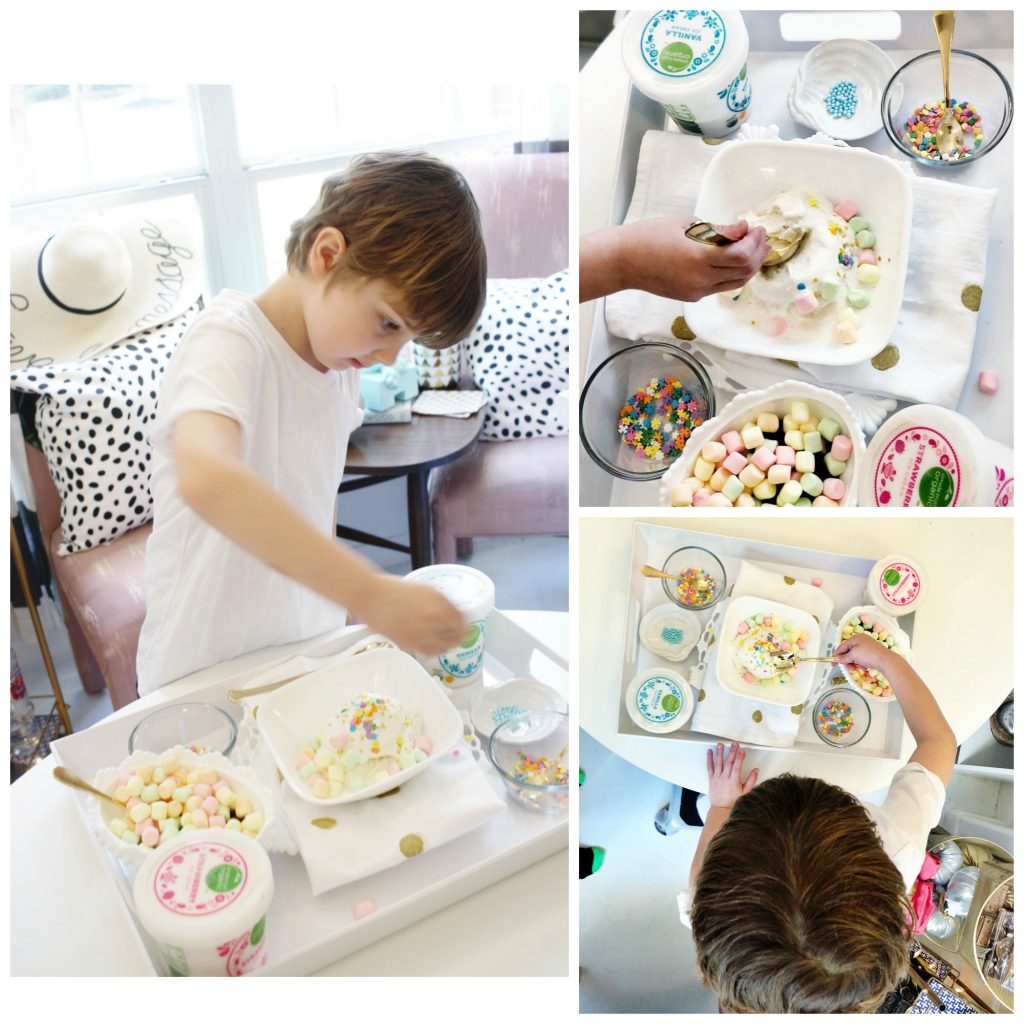 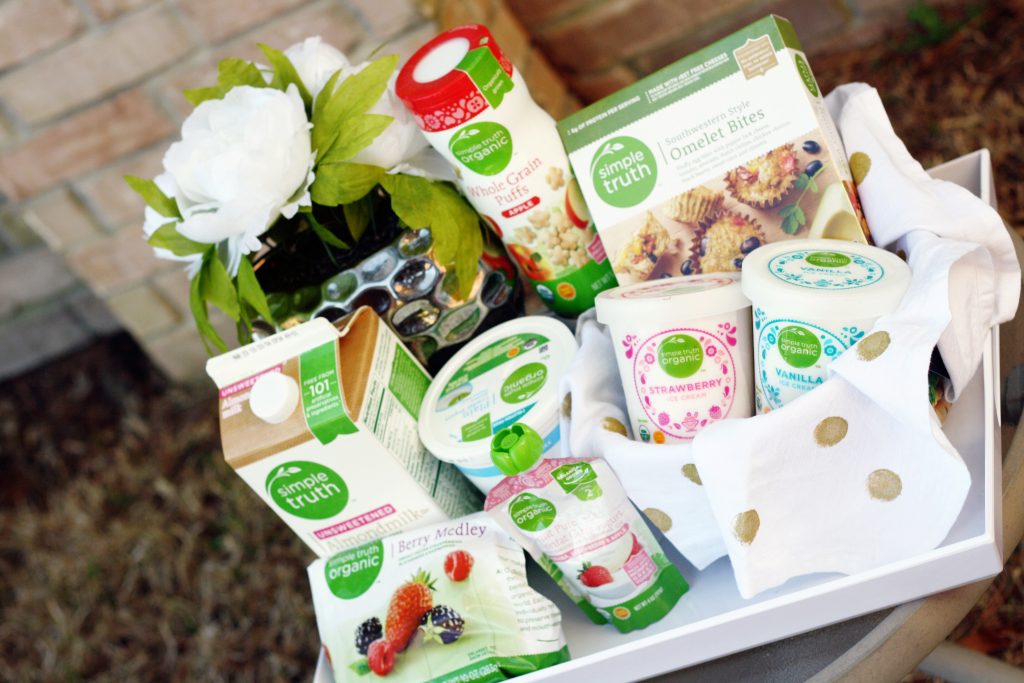 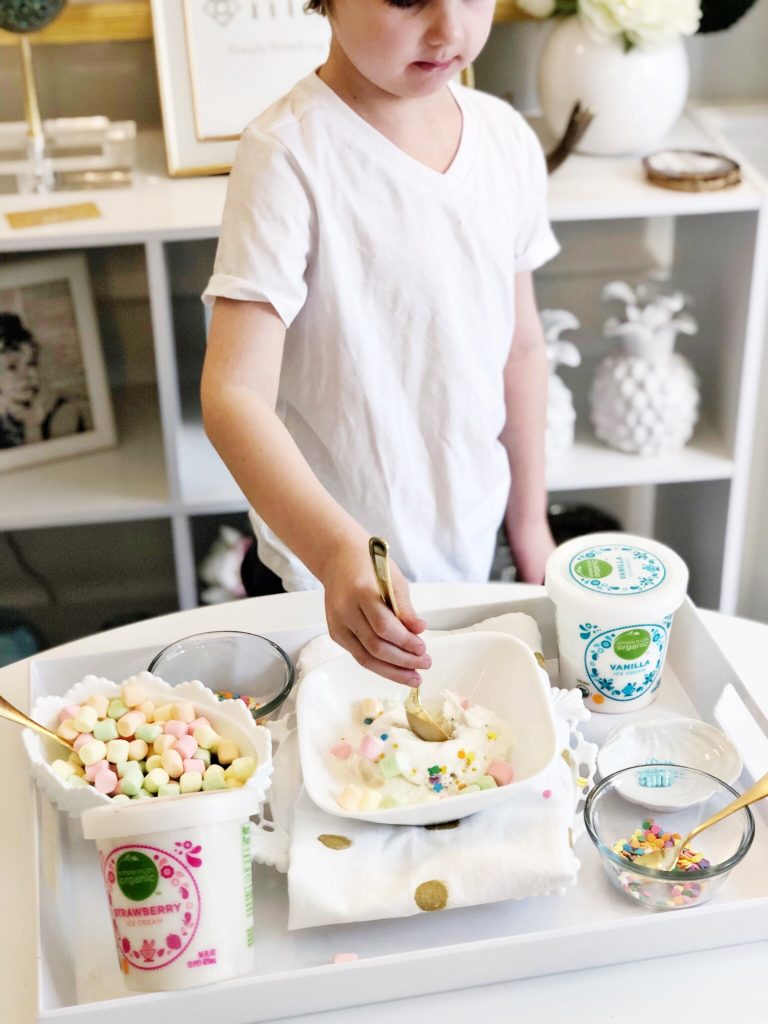 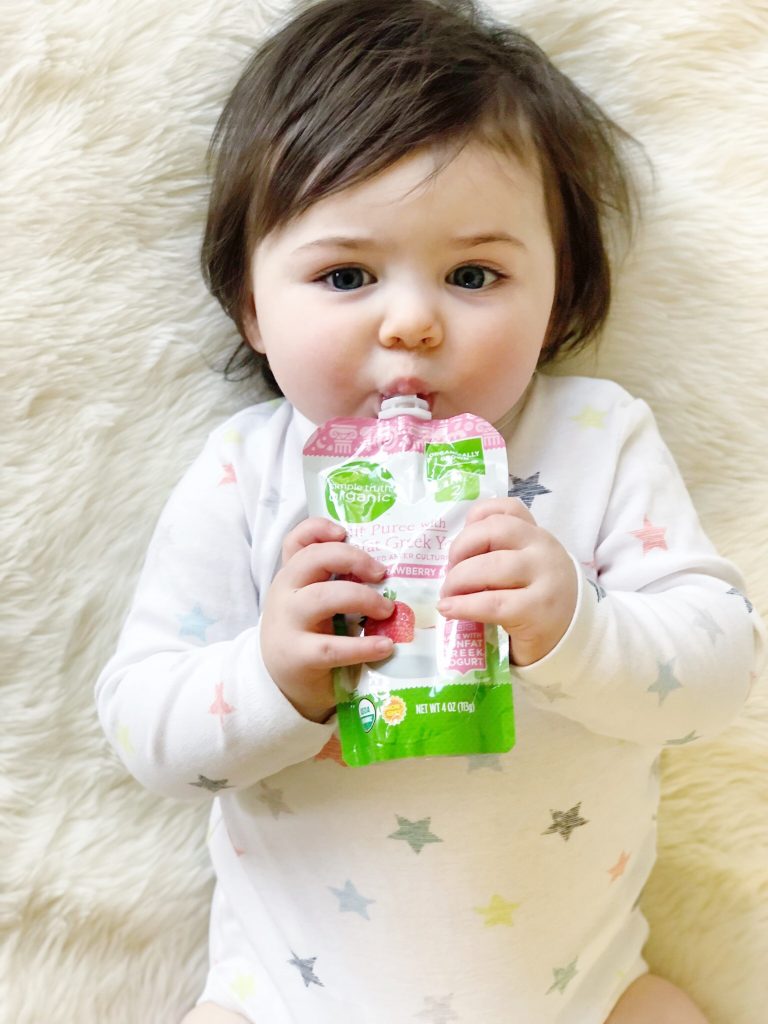 So we had the cutest ice cream party methinks the world has ever seen. We tried Simple Truth’s Strawberry and Vanilla, and they were both scrumptious. I ended up eating the vanilla straight out of the container. And the pouches, Arlo cannot get enough of their Greek Yogurt.

Disclosure: We received samples from Simple Truth Organics in order to share our opinion about their products, but this isn’t a sponsored post. All opinions are our own.

Baby Boys Can Be Fabulous Too – ORC Reveal

Listen, I have no problem with traditional boy nurseries in navy blues, and masculine wood, but in my opinion, baby boys can be FABULOUS too. Which is why, we decided to get a little crrrazy with Arlo’s nursery. So we added lots of coppery gold accents in the sputnik chandy, shimmery copper jazz pots to hold babies first succulent, little dashes of blush pink and pale minty greens, and of course a white and glittery gold unicorn. Lets see how far we’ve come, shall we?  From under the sea nightmare…. 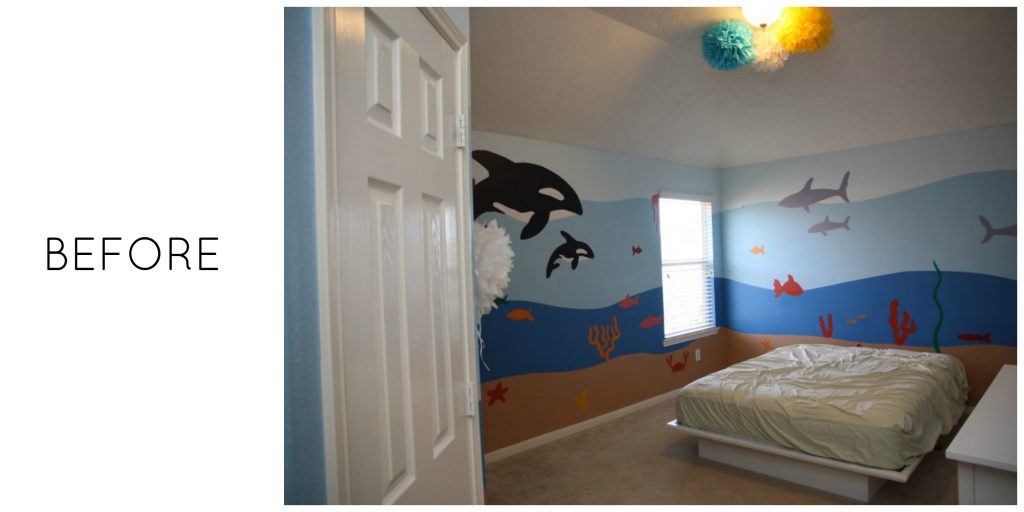 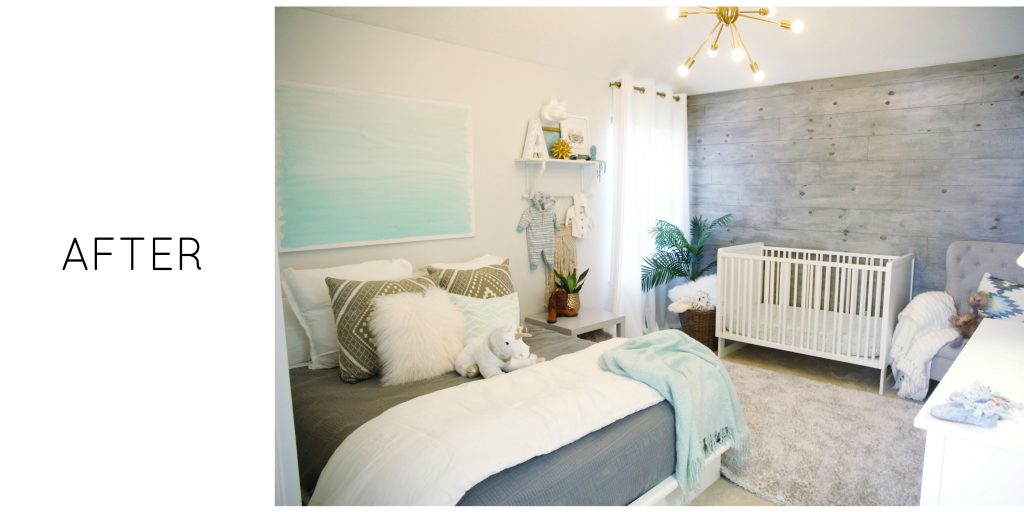 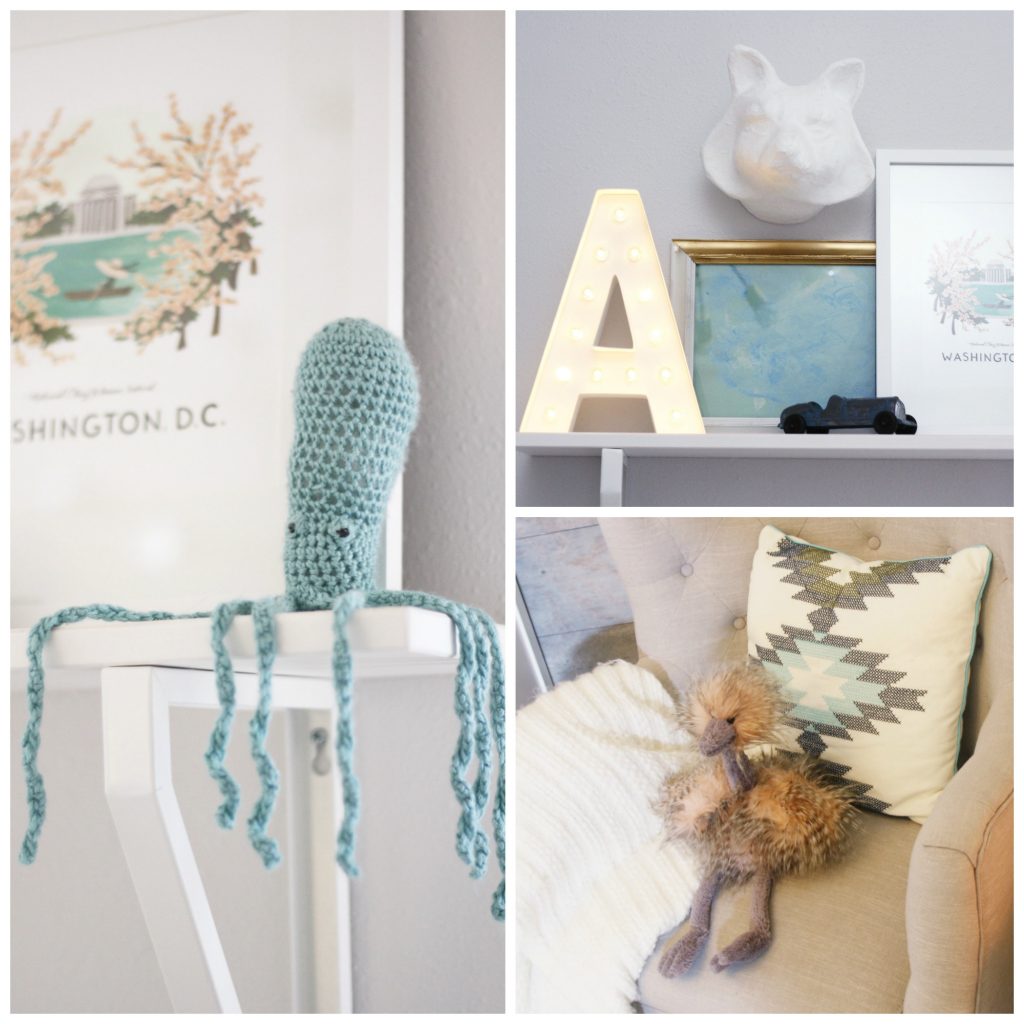 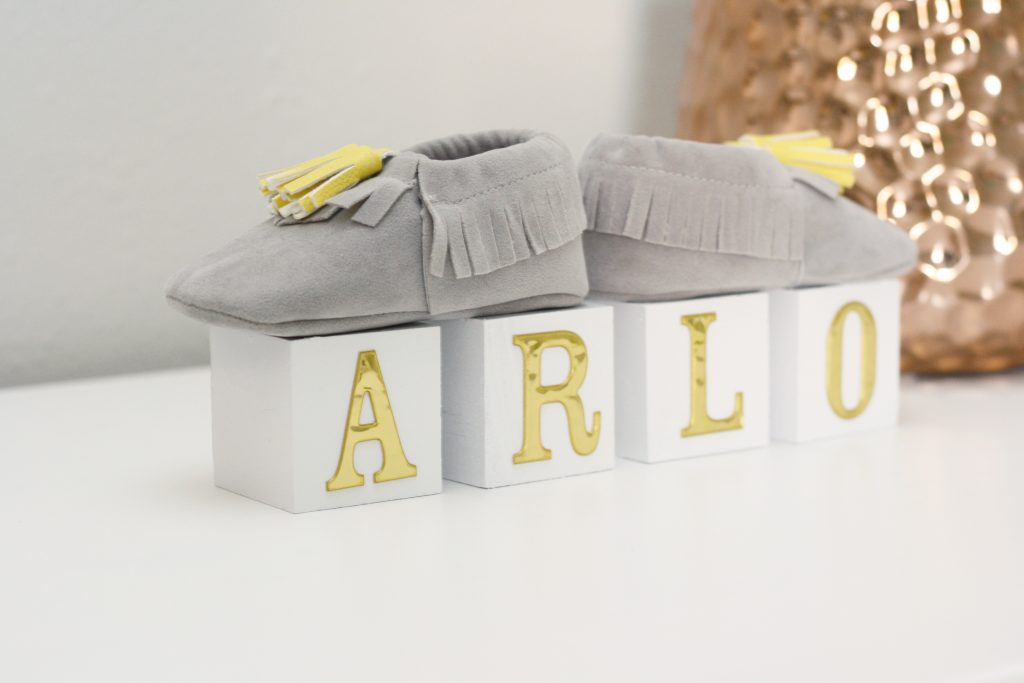 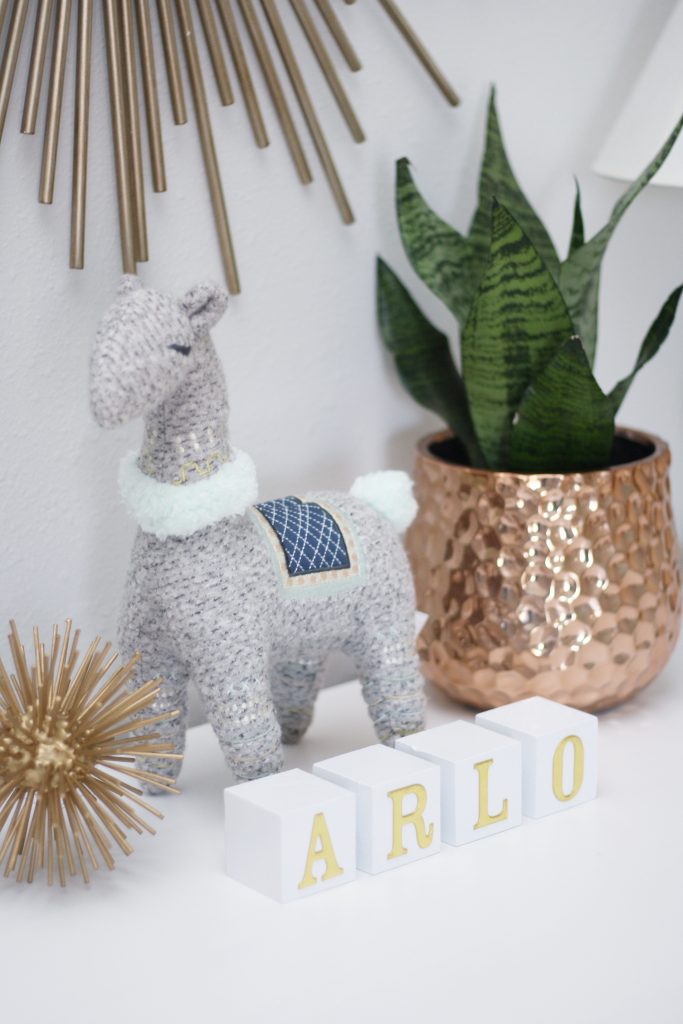 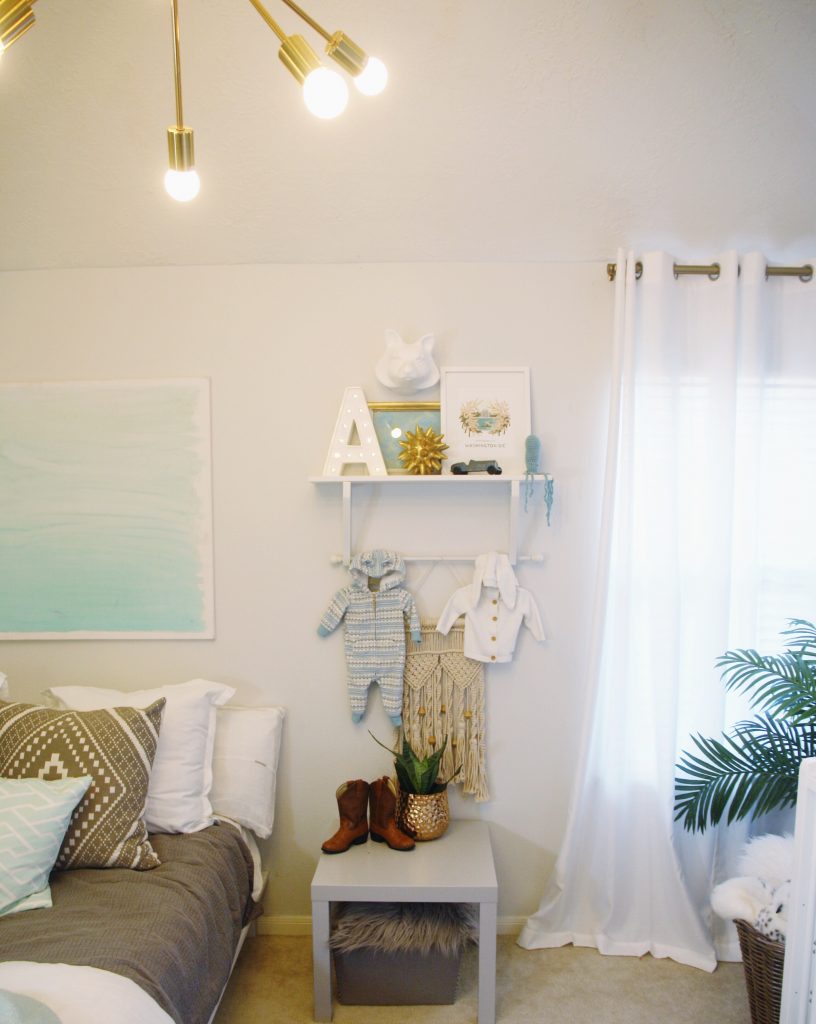 Inky the Squid – made by a family friend, but found a similar one here 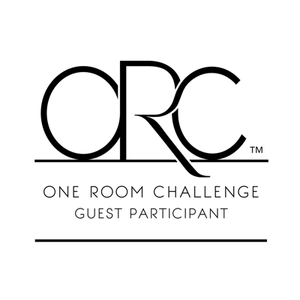 Just a few little teasers before the reveal next week. Something tells me, I may have completely restyled these again, but as of now here’s where we stand:) 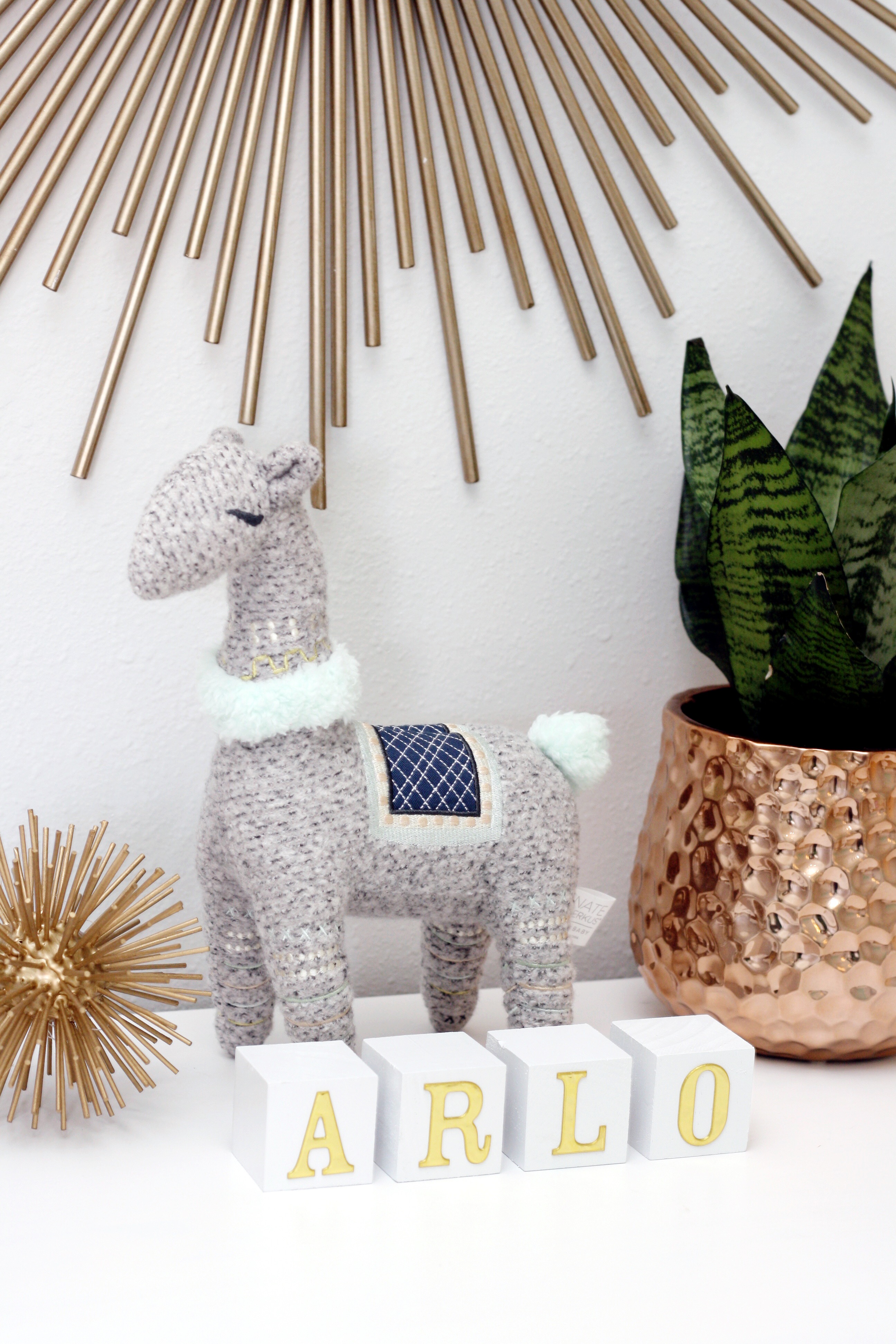 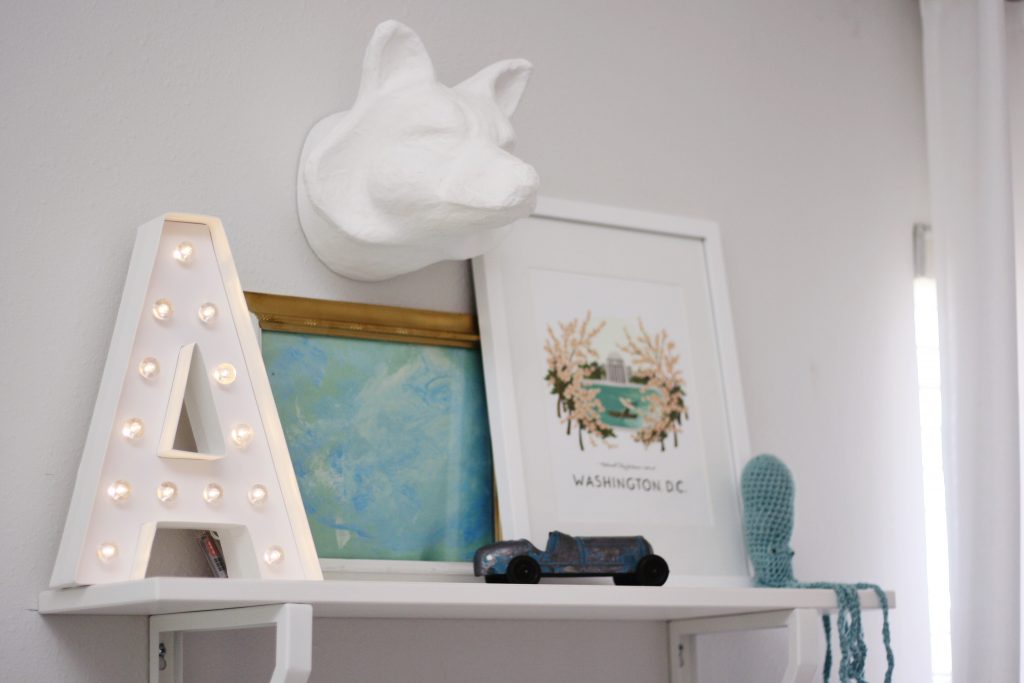 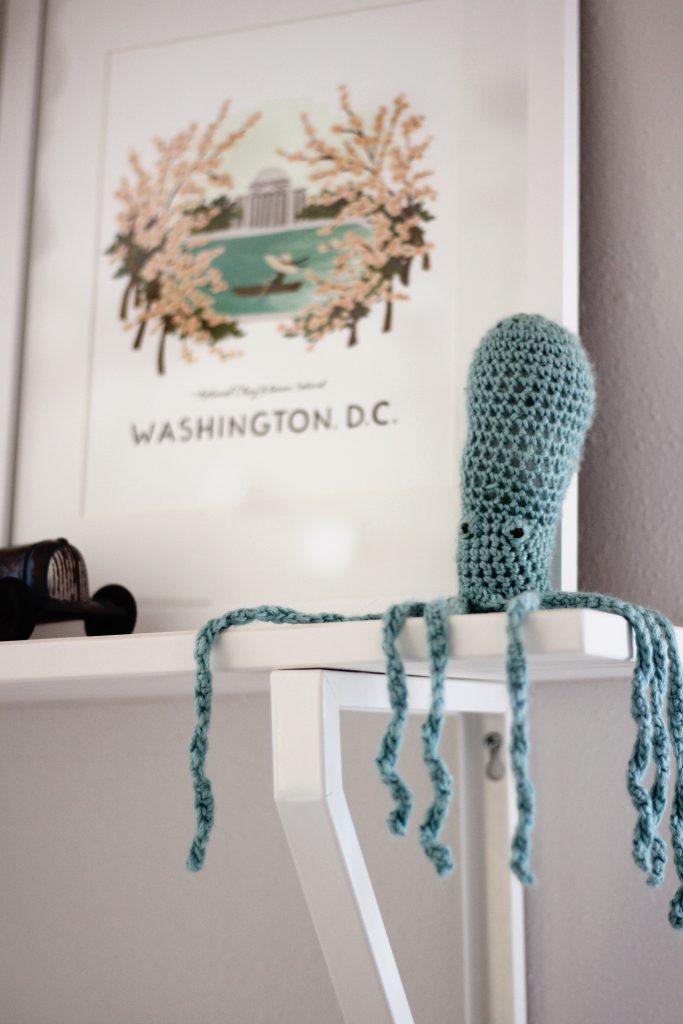 Final week!! We will (hopefully) by the end of next week have some full room shots to show you, along with a very, very lengthy source list. Believe me, with a babe and busy 5 year old, keeping any room photo ready takes a modern miracle to occur. In love with this nursery, and just tickled pink (and blue) to share it!

Ahh the magical week 4. This week is a tale of shiplap..which sort of bores me, so to keep my head in the game, I started with a couple of inspiration photos above. Both have elements that I am really digging for a little boys room. The modern southwestern/bohemian vibe (which 10 years ago me would NEVER have been a fan of…oh how our tastes change) is so perfect. The golden side table, macrame, succulents..something tells me a lot of these elements will creep into our final design.

SO SHIPLAP. I could write a novel about shiplap on a budget, but there were several times through the frustration that we almost canned it and paid a professional a lot of money to just handle it. However, we persevered. So I found several DIY shiplap on a budget posts around the interwebs, and used them as our guideline. One thing I knew for sure, I was not going to be the one installing these bad boys, so here’s what we did. 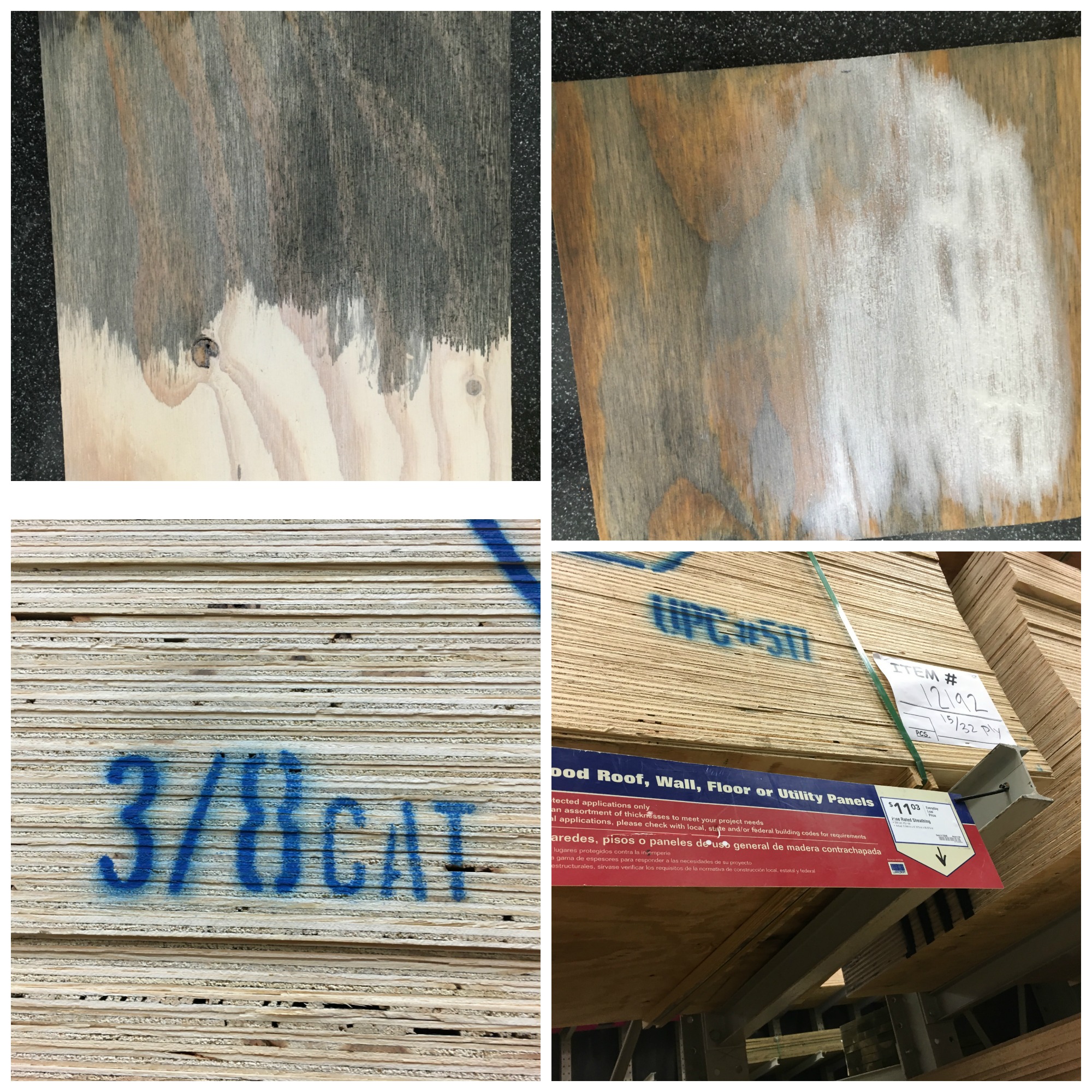 Below you can see Jerry hard at work, and my husband finishing off the staining like a boss. 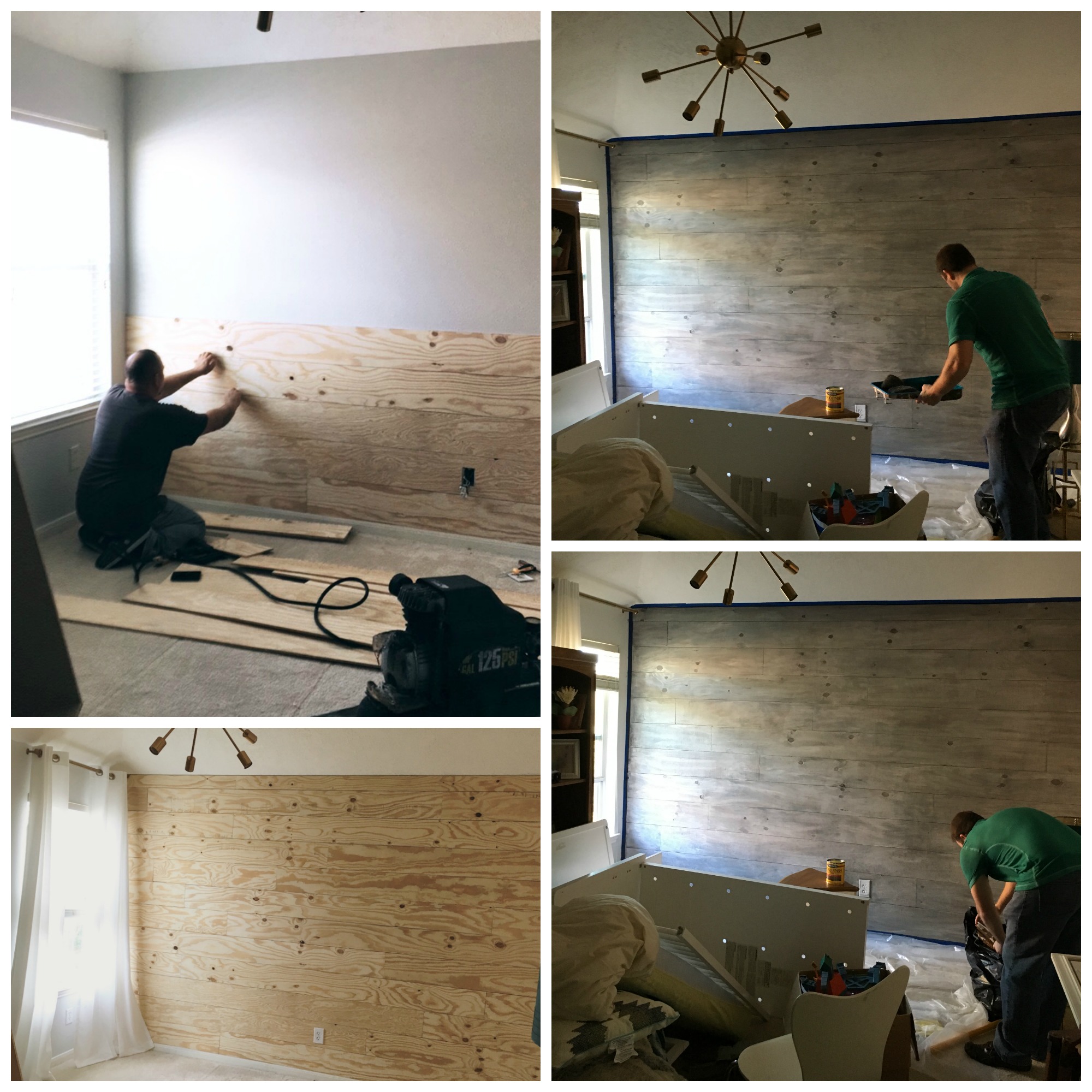 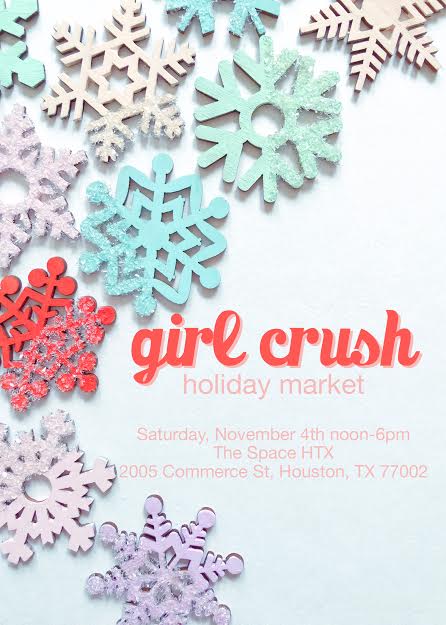 Wondering where you can find us next? See details above or click here:)